American voters and legislatures increasingly are allowing medical and adult recreational use of marijuana, but as home-growing spreads and retail stores open, younger teens are reporting the scarcest availability in at least 24 years.

Explanations remain theoretical for the surprising trend in the face of widespread liberalization of cannabis laws. But it appears clear that fears about children finding the drug easier to acquire have not become a national reality, at least not yet.

In 2016, 8th-grade and 10th-grade respondents to the large Monitoring the Future survey gave the lowest-ever indication that marijuana was easy to get if they wanted it, a question posed to the groups every year since 1992.

High school seniors, asked the question every year since 1975, reported greater accessibility with 81 percent saying it would be easy to acquire, a non-significant increase from 2015, which saw that age group’s lowest-ever rate. read more at usnews.com 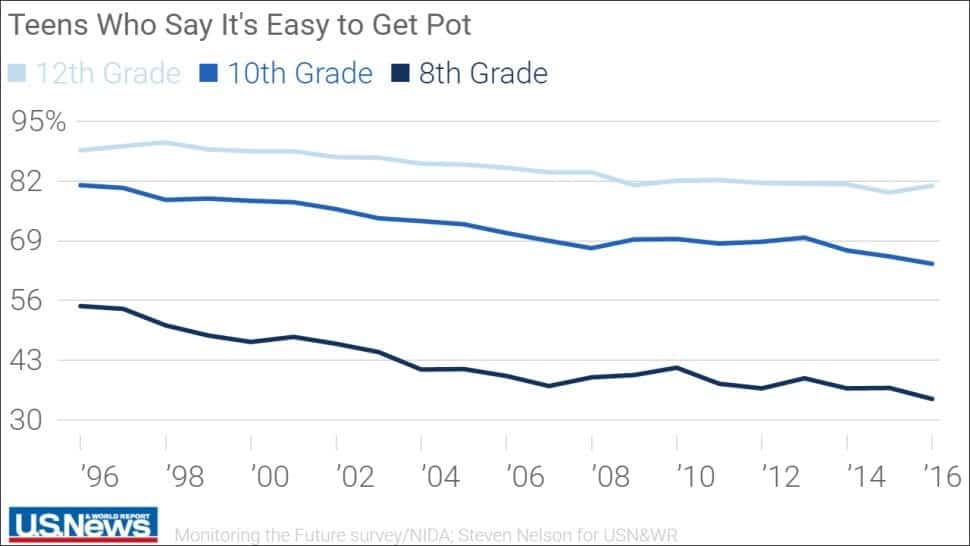