While the name may conjure up thoughts of other types of substances, we assure you, we are referring to Marijuana. Check out the below review of The White, an Indica hybrid. Have you heard of or tried this particular strain before? Let us know in the comments.

For me, The White is incredibly popular because it’s visually stunning without much concern for flavor. It’s like molecular gastronomy in that way, but instead of a trendy olive oil snow coating the buds it has a thick layer of trichomes. Due to this proclivity for producing, breeders have seized on the strain and crossed it six ways to Sunday, adding it to everything like a culinary student with a bottle of truffle oil. This week, I wanted to catch up with the original before it’s been far surpassed by one of its pupils.

I first got to know The White when working for Colorado Dispensary Services (now The Health Center) a few years back. I hadn’t paid much attention to it until there was a cross with Master Kush that inspired someone to have the brilliant idea of calling it “White Master Kush.” (Talk about a naming convention fail.) What I knew, however, was that this was a plant that would be crossed a million different ways.

This happens quite a bit in the world of weed genetics: Take something that yields well but doesn’t have much smell or flavor and cross it with the opposite. Or do the opposite of that and try to double down on trichome production. The White is amazing in that regard: most leave a healthy amount of trim on the plant because it would seem like a crime to waste all of those large, THC-filled heads. But when I’d pop the jars in the morning, it would barely register.

There’s nothing too sharp about the scent of your average sample of The White. Muted earthy notes of soil and pine bark usually do very little for me when far more pronounced in OG Kush strains, but here they’re almost lost. A couple of hits from my spoon reveal little else, as it’s a hashy, thick smoke that doesn’t improve when vaped. When identifying the strain, you’re better off looking for the dense, round nug structure and reddish — at times, almost brown — hairs. Most of the pictures you’ll see online are only pure white because people don’t know how to adjust their flash properly.

I’ve been smoking on one 5.5-gram branch for a while, usually before bed, but my favorite experience thus far was during a power outage on a Sunday night. HBO’s best night on TV had just wrapped up when the entire block went dark. My fiance is terrified because she’s apparently never been in a power outage as an adult. I sense this, turn to her, and say, “O.K., let’s split up to cover more ground.” She is not amused.

After inquiring about which, exactly, of the decorative candles I can light, we grab a deck of Uno cards and a bowl to pass the time. If The White is dinner, the beginning of your high is a flashy amuse bouche that elicits a few “oohs” and “ahhs” from those who partake. Potent and pulsing, this is one of the few times I can abide a hybrid designation for the strain.

Soon after, the second course drops like “the bass” the kids are so taken with nowadays, producing a happy, narcotic effect like a second glass of red wine. All of a sudden, Uno faded as we were more content to converse than shout the number of cards in our hand at each other. A deep body stone set in that didn’t hinder us and actually decreased any paranoia about whether or not “The Purge” was occurring outside.

The power outage was a blessing, as we put down our devices and connected without a single emoji. Just The White.

It may not be recognizable soon. Some of the crosses (White Fire by OG Raskal genetics, for example) I actually prefer to the original. But sometimes I think we get a little too caught up in aesthetics and lose part of what makes a strain great. While it may not be the most flavorful nug to fire up, the effect alone has made The White one of my new favorite indica hybrids. 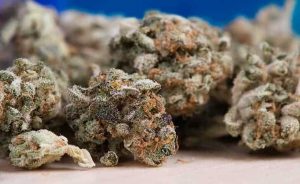 Can You Get High From Eating Raw Marijuana? 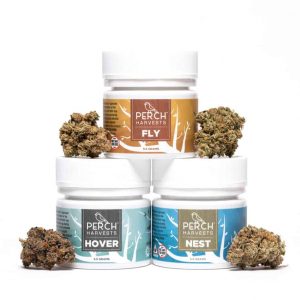 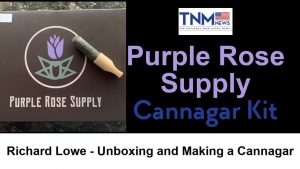 The Mighty Cannagar, How I Made One By Myself