Man’s fascination for cannabis dates centuries back in time. But, it was not until the early 90s that the endocannabinoid system was discovered during the study of the effect of cannabis on the human brain. After years of research, it has been uncovered that the endocannabinoid system is instrumental in maintaining the overall healthy balance of the body.

What is the Endocannabinoid System (ECS)? 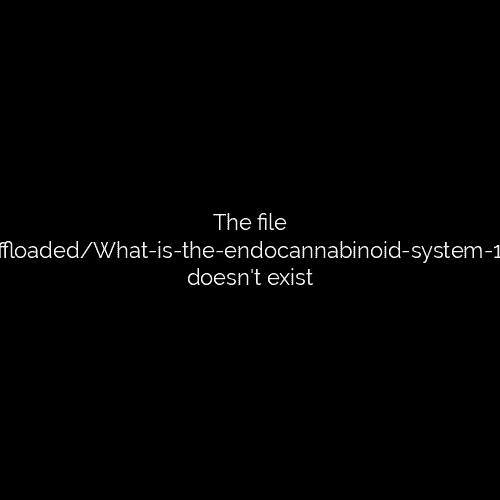 The major function of the ECS is to maintain the state of homeostasis in the body i.e. striking a stable balance between the various elements of the body. The endocannabinoid system maintains a balance in the immune system, digestive system, cardiovascular system, mental health and improves eyesight, skin health, memory, etc.

An imbalance in ECS can disturb the body’s state of homeostasis, and that can have an adverse impact on physical and mental health. Drugs/medications, genetics, emotional stress, a disproportionate diet, and chronic disease can be the major factors triggering the endocannabinoid system imbalance.

Thankfully, there are some simple ways to restore the ECS equilibrium. Here’s what you can do to balance your endocannabinoid system:

If you exercise regularly, you might have experienced the endorphin-induced adrenaline rush. Some people call it runner’s high – a feeling of euphoria and energy that sweeps through your body. When you perform any kind of physical activity for a sustained period of time, the levels of anandamide and 2-AG (types of endocannabinoid molecules) increases in the blood. This helps in relieving stress, improving the mood, and maintaining a balance in the endocannabinoid system. On the other hand, meditation mimics the effects of cannabis on the human body. Though there isn’t a scientific proof of meditation helping in balancing ECS, it replicates the feeling of high and improves mental health.

CBD is a naturally occurring cannabinoid found in the cannabis plant. It interacts with ECS by soothing the CB1 and CB2 cannabinoid receptors present in the cells and thus prevents the overactivation of these receptors. CBD revitalizes the ECS by improving the levels of endocannabinoids in the body. According to a cannabis tracking app, users with chronic ailments rave about the calming effects of CBD. If you are not comfortable with using CBD, you could try food ingredients like chocolate, ginger, nutmeg, black pepper, etc. that are rich in phytocannabinoids. Some plants apart from cannabis have an abundance of phytocannabinoid molecules that react with the endocannabinoid system to restore the balance.

If you have been consuming alcohol and using recreational marijuana on a regular basis for a long time, it can have a negative impact on your endocannabinoid system. When you binge-drink or smoke cannabis too often, the CB1 receptors become overactive. To compensate for the overactive receptors, the ECS generates a lesser number of receptors. This can throw your endocannabinoid system out of balance. But it has been found that detoxing your body from the high of alcohol and cannabis can reduce the sensitivity of the CB1 receptors, and thus prompting the brain to generate more receptors.

Nothing relieves stress and soothes your body like a relaxing massage. Some people even prefer acupuncture to heal their bodies and mind. It turns out that the therapeutic effect of a massage or an acupuncture is due to the activation of the endocannabinoid system. A long relaxing massage can boost the levels of endocannabinoids in the ECS and help trigger the receptors. This helps in treating sore muscles and provides pain relief.

Adding probiotic supplements to your diet or eating foods that are rich in probiotics is another way to achieve the ECS balance. Probiotics help in desensitizing overactive CB1 and CB2 receptors. They also improve the number of receptors in the endocannabinoid system.

A balanced endocannabinoid system is key to a healthy body and a stable mind. If you feel irritable, tired, and sick frequently, it might have something to do with the homeostasis of your ECS. While it is advisable to consult a doctor, you could also try these natural tips to balance your endocannabinoid system.