Did his “Royal Badness” toke up? Check out the below article for some insight on the Artists life and history with drugs. Do you think he smoked or used Marijuana? Let us know in the comments.

We know he loved Purple Rain, but did Prince also love a different kind of purp? Did Prince smoke weed?

Many famous musicians have admitted to using cannabis as a spark for their creativity, but did Prince smoke weed? The iconic singer-songwriter was notoriously reclusive. So like many aspects of his life, he wasn’t open about whether or not he consumed cannabis. But here’s what we were able to find about the “Purple Rain” singer’s relationship with cannabis.

Prince Rogers Nelson was born in Minneapolis, Minnesota on June 7, 1958. On April 21, 2016, he passed away in an elevator in his residence. The medical examiners found the cause of death to be an accidental overdose of the legal opioid fentanyl.

Investigators are still trying to find out where he got the synthetic opioid, which is considered 50 times more powerful than heroin and morphine.

Friends believe the singer was taking highly addictive painkillers to help with the severe and chronic hip pain he suffered since his Purple Rain tour.

In fact, the drug that killed him wasn’t even prescribed to him. He had no prescription for fentanyl. One bottle found in his estate had pills labeled “Watson 385,” which is a lower-potency mix of acetaminophen and hydrocodone.

However, it tested positive for fentanyl, and it may be the cause of for his death.

Before his death, Prince was best known as an American singer, multi-instrumentalist, songwriter, and record producer.

He stood out because of his flamboyant style, makeup, and musical style. His music was a blend of various genres including funk, R&B, rock, pop, and more.

During his career, Prince managed to rack up seven Grammy Awards. He has one of the longest discographies you’ll find. On top of the music he released, Prince also had a vault of secret unreleased music demos.

Was music the only thing inside of his secret stash or did Prince smoke weed, too?

The problem is that he liked to keep anything about his private life a secret. He enjoyed that it was hard to tell what race or gender he was.

“Really, I’m normal. A little highly strung, maybe. But normal. But so much has been written about me and people never know what’s right and what’s wrong. I’d rather let them stay confused,” Prince said in a 2004 interview.

Beyond that interview, there weren’t many public statements from the late singer. The ones he did have didn’t include any questions about cannabis.

The only source we have to look to for an answer to did Prince smoke weed is his lyrics. The topic of pot has come up a number of times in his music.

However, none of them have ever referenced him smoking it. In fact, in the song “Don’t Play Me,” he starts the song off by saying “Don’t play me I’m over 30 and I don’t smoke weed.”

That seems like a clear stance, and this was about halfway through his musical career. We’ve never seen Prince show weed any love, so it’s safe to assume he didn’t smoke. Maybe he tried it and didn’t feel it was for him.

If Prince smoked weed he kept it a secret like many other aspects of his life. His untimely death due to an addiction to painkillers was a surprise to many.

Between 1999 and 2015 more than 183,000 people have died in the U.S. from overdoses related to prescription opioids. A number of studies have found cannabis decreases opioid addiction and overdoses. 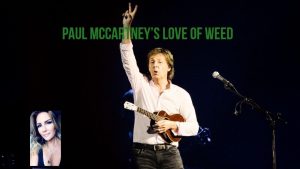