Happy Friday everyone! I hope its a super good one and that you have the day off! Tomorrow is the big day! It’s like 3 holidays in a row! No work today, 4/20 and then the big basket full of candy day delivered via rabbit for all of the severe cases of munchies. It’s surreally perfect! It really feels like this is a great setup for the massive holiday that will be the entire month of April next year. The ultimate 4/20! If you add on all of the support for marijuana legalization nationwide and the numerous bills in Congress that could actually end the prohibition of cannabis finally here in the United States, it’s just a great time for all of us advocates. Heads up, I will be traveling on business next week so I probably won’t have another summary for you next Friday, but they will be back the following week. Let’s get this week of summaries started now!

Speaking of Support for Cannabis Reform

In New York the numbers are now through the roof for people that want weed legalized. After building up everyone’s expectations for legal marijuana in New York at the beginning of the year, Governor Cuomo tried to let everyone down as softly as he could. He still thinks that it could happen sometime this year, but not as soon as he had hoped. In general support is rising around the country for marijuana reform according to a new poll by CBS News. 65% of Americans want cannabis fully legalized nationwide for adult-use. People just don’t think it is as dangerous as alcohol and other drugs. People generally think that it is good for the economy and that it does not lead to more crime. I would argue that prohibition lead to more crime but hey, who am I? The older generations and republicans keep warming to legalization as well. In the end, if New York legalizes weed, which they will, I think many other east coast states will give it the nod too. We will be at the CWCBExpo in New York City at the very end of May to cover the event, so stay tuned. 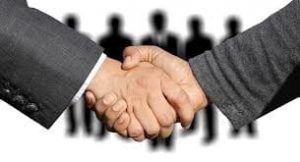 Speaking of New York, I read this very humorous editorial in the New Yorker about how boring Canada is making legal marijuana. Stephen Marche, a New Yorker columnist, said this about a recent conversation he overheard at a Toronto residential pool party. “And you have not understood how banal marijuana can be until you overhear two parents watching their kids at a swimming lesson discuss how I.S.O. 9000 certification affects the marketing efforts for stocks of C.B.D.-extract companies.” Yep legal weed is not quite as exciting as the alternative, but that is ok because we need to legalize weed. I didn’t know they went swimming in Toronto this early in the year. I wrote an article this week about the merger between Canopy and Acreage Holdings. It is the biggest weed deal of all time and comes with a major contingency, the end of marijuana prohibition federally here in the U.S. It will instantly make Canopy the biggest marijuana dispensary here in the U.S. I for one embrace Canada spreading its boring weed industry here to the U.S. if it means the end of the social injustice of marijuana prohibition. Acreage has been slow and methodical in their approach to expanding their cannabis business. It might be an approach dispensary chains like MedMen might want to take a page from considering MedMen’s zealous approach to being the Apple store of marijuana has caused them some serious financial difficulties.

Acreage Holdings is putting up the good fight here in the U.S. One of their board members is William Weld, the former governor of Massachusetts. He is a republican and is going to challenge trump for the GOP nomination in the 2020 Presidential election. He officially announced on Monday and marijuana reform will be a very big part of his platform. I had the opportunity to interview him last year in New York and he was all about legalizing weed, but not actually smoking it. Click HERE to see the interview. 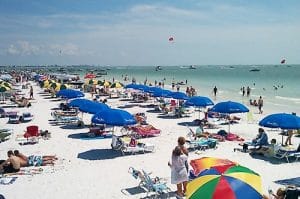 I’m a Florida resident and a medical marijuana patient, and man oh man am I tired of the crazy people running this state. I wrote an in-depth article about Rep. Ray Rodrigues and his role in making medical marijuana in Florida as dumb as he possibly can. He proposed a bill this week that would limit the amount of THC in smokable flower to 10% when most of the plants have close to a 24% THC content. Not only is it not what Florida voters want, it would cost the medical marijuana treatment centers in Florida massive amounts of money in lost product and it would be incredibly challenging to grow cannabis with an exact THC content of 10%. All I can say is that Florida’s medical marijuana program is not a good reason to move to this state. At least, not yet. I fully expect a ballot initiative for legalized adult-use marijuana during the 2020 election. With many of the disenfranchised felons in Florida able to vote next year, Florida could become a very popular destination for cannabis consumers. I love that Carl‘s Jr. is offering a CBD burger tomorrow for $4.20. That’s hysterical! It is only being offered at one location in Denver, but all the same, it’s awesome. There are all sorts of 4/20 parties going on tomorrow including the Mile High celebration in Colorado. I think Massachusetts might try to fishbowl the whole state there are so many parties and deals for its first ever 4/20 after legalization. California’s marijuana industry is a bit of a mess, so while there are lots of 4/20 parties, most of them might be doing it the old fashioned way if you know what I mean.