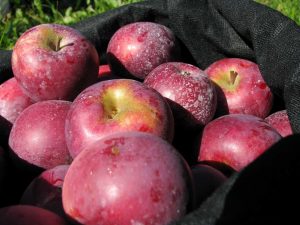 New York City is quite a town, in fact the whole state is beautiful with leaves changing in the autumn and being one of the country’s largest producer of apples. It may soon be a hot spot for adult-use marijuana as well. Governor Andrew Cuomo announced on Thursday that a group has been setup to write a bill that would legalize recreational marijuana should the state legislature pass it. New York would become then the 10th state to legalize adult-use cannabis and be just behind California for the most populated state to have done so.

New York’s governor has been a fairly large opponent to marijuana legalization for most of his life. However, this year he received some incentive to take another look at cannabis after Cynthia Nixon, the former Sex and the City Star, grabbed a lot press for running against him for the governorship and her advocacy for marijuana legalization seemed to be one of the larger factors providing her support. As a result Governor Cuomo assigned the New York Health Department the duty of putting together a report to determine the efficacy of state legalized adult-use marijuana in New York.

The report from the health department came back almost a month ago and as reports go, could not have supported the idea of marijuana legalization more. The report stated that the criminalizing of marijuana “has not curbed marijuana use despite the commitment of significant law enforcement resources.” It also stated that marijuana possession arrests, “have disproportionately affected low-income communities of color.” According to nationwide studies such as the Sentencing Project, low-income communities of color do not consume anymore cannabis than any other community. It lends to the social injustice argument for the end of marijuana prohibition. According to the report, marijuana legalization in New York is estimated to bring in anywhere from $248.1 million to $677.7 million in tax revenue just in the first year. States like Nevada have far exceeded initial estimates after the first year of the commercial sale of recreational cannabis, and states like Alaska have shown a build up of tax revenue in ensuing years. According to some studies, New York City consumes more marijuana than any other city in the world. As of right now, Massachusetts will be the only state on the east coast to offer the sale of recreational cannabis, but if New York legalizes cannabis and sets up a structured market for the sale of marijuana, it is easy to assume that the rest of the northeast will as well.

In a statement issued on Thursday, Governor Cuomo said, “As we work to implement the report’s recommendations through legislation, we must thoroughly consider all aspects of a regulated marijuana program, including its impact on public health, criminal justice and State revenue, and mitigate any potential risks associated with it.” While marijuana legalization in New York is not a done deal by any means and it will take time to put together a comprehensive bill, it is easy to see marijuana legalization happening. The majority of voters in New York support marijuana legalization just like they do throughout the country. Considering New York is such a political state in the first place, it is hard to imagine elected officials will not give their voters what they want.