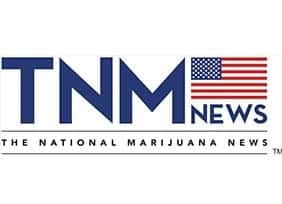 Interviews on California’s imperfect cannabis laws, the need for cannabis etiquette, and the creation of a strain database—plus a quick chat with the news reporter who made a gutsy departure from television to call attention to the need for cannabis legalization in her home state—are all featured on the new edition of The National Marijuana News, which premieres tomorrow on TheNationaMarijuanaNews.com and select radio stations across the country.

“When you think about what you see in California, where every street corner has got a marijuana shop—there are more marijuana stores than Starbucks—the general person would certainly think that marijuana was legal,” says Criminal defense attorney Eric Shevin, who has defended cannabis users for two decades. “But the truth of the matter is that medical marijuana is not legal in California—it has never been legal.”

The dispensaries are the biggest targets, as they are the most visible players in the industry. Advertising marijuana sales on a storefront or online increases their exposure to prosecution. But, Shevin cautions, dispensaries are not responsible for marijuana use: doctors are the gatekeepers of marijuana. For as little as $20, people can get a recommendation for marijuana from a doctor whose business is giving recommendations. If action is warranted, Shevin says, it needs to start with those doctors.

Shevin also warns of economic consequences of cracking down on cannabis. When someone has a source of income, they buy things on credit. So now home loans and car loans are being repaid by income made from marijuana businesses.

Next, Mike Green says he wrote Modern Marijuana Living as a guide to healthy and responsible marijuana use for long-time marijuana users, as well as those new to cannabis and those wanting to introduce marijuana to a loved one.

His chapter on marijuana etiquette covers everything from the importance of punctuality to overcoming stereotypes about cannabis users being lazy to how to select an appropriate strain for various social occasions.

“There is more to strains that those that either knock you out or wake you up,” says Green, who believes decades of misinformation and distracting information about cannabis have given it an unwarranted stigma. He says that education and analytical quantification of medicinal compounds by a cannabis testing laboratory are critical for users to be able to predict how different strains will affect them—which is extremely critical for patients who have medical needs and often compromised immune systems.

To overcome this problem, Green created a large database of strains, which is housed on Marijuana.net. The database categorizes strains by their blend of medicinal compounds and displays them by their original names, while matching or differentiating strains that were relabeled with clever marketing names or named incorrectly by producers.

Todd Denkin and TNMNews East Coast Correspondent Jackie Martling end the show with a brief chat with Charlo Greene, the infamous TV reporter who abruptly quit her job live on the air to support marijuana legalization in Alaska and get cannabis sales away from the black market. This report was recorded live at High Times’ 40th anniversary party, where the cannabis culture magazine awarded Greene its Courage in Media Award.

For more on this program and the latest information about cannabis in America, visit The National Marijuana News.