Despite the legalization status of recreational weed in Nevada, it is still not allowed at the world famous Burning Man festival. Being caught with weed while attending can result in up to a year in jail and a $1,000 fine. Do you think weed should be allowed at the festival considering its legal status? Do you think the consequences for possession are too extreme?

RENO, Nev. (AP) – Nevada has legalized recreational marijuana, but it’s still not OK for tens of thousands of Burning Man fans to light up this year.

Festival spokeswoman Megan Miller tells the Reno Gazette-Journal that smoking pot is still illegal at the annual festival in the Black Rock desert about 540 miles (869 kilometers) northwest of Las Vegas.

The event, which began Sunday, is on federal public land, and both medical and recreational marijuana are illegal under federal law.

The U.S. Bureau of Land Management says a pot possession arrest can result in a year in jail and a $1,000 fine. But federal agents made no arrests for any crimes last year at Burning Man, or the year before.

Meanwhile, Pershing County Sheriff Jerry Allen tells the newspaper his deputies will follow state law letting people possess up to one 1 ounce (28 grams) of pot. Voters in the state passed a marijuana legalization measure in 2016. 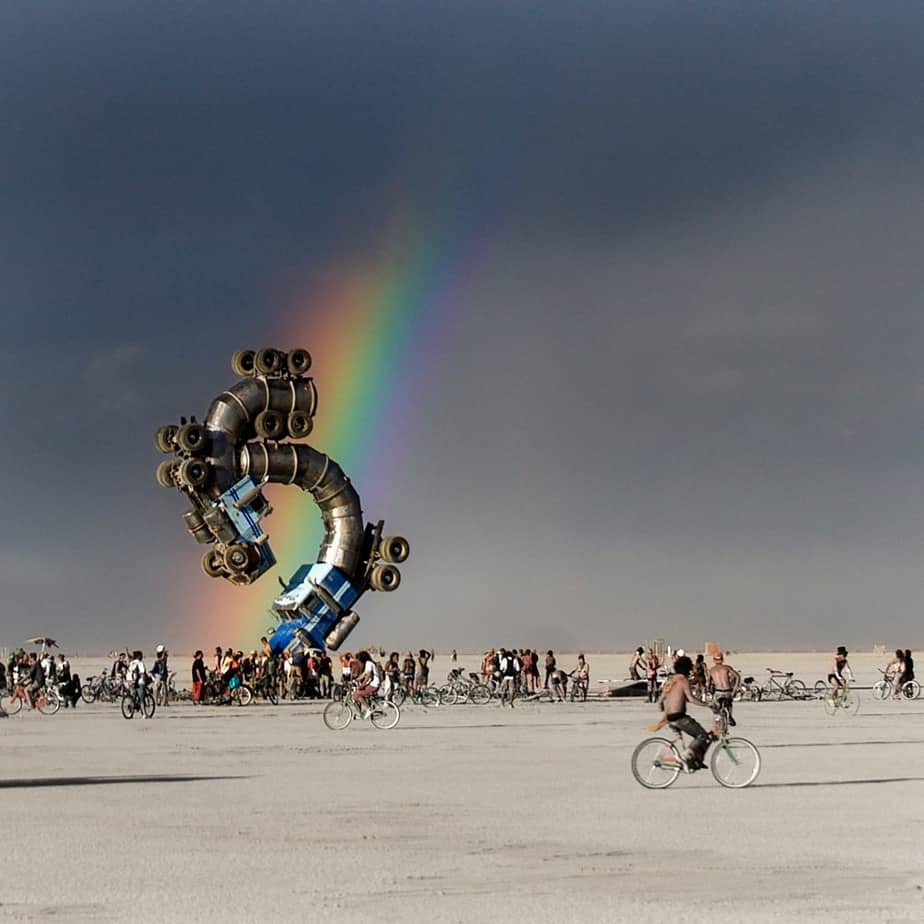 Why is it still illegal to bring pot to Burning Man?