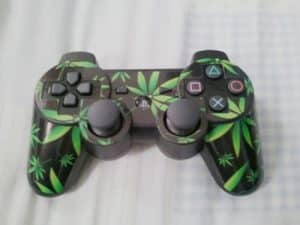 Gamers who also like to use marijuana have to new weed-themed games to entertain themselves with. According to webwire.com, MarijuanaGames.org recently announced the release of the video games this week, which are called “Crop Defender” and “Too Stoned Russ”.  Other games created by the company were mostly parodies, like “Stoned Mario” and “Stoned Pacman”.  But the new games have more original storylines and game play.

“Crop Defender” is an 8 level full feature video game where players must defend their marijuana crops from threats like drought, fungus, insects, deer, thieves and police.

“Too Stoned Russ” is just 3 levels and makes fun at the company’s founder, Russ Hudson.  In this game players have to keep “Russ” upright as he travels through a stoner’s world.  Hudson said, “This game was meant to let people know that although he takes his work in the cannabis industry serious, there is also a fun side to this industry that we must keep in perspective.  Yes, marijuana has significant medical applications, but it’s also a great way to have fun, socialize, relax and unwind.”

Hudson is the primary writer and editor for MarijuanaGames.org and has written articles about the cannabis industries in Barcelona, Amsterdam and Denver.  He has also written a large number of cannabis strain reviews and has been featured for his work in publications ranging from The New York Times to BusinessWeek and Barcelona Metropolitan to High Times.

Hudson said, “Marijuana Games are fun to play and the games we feature are a huge draw to the site, but the site name refers to much more than this.  It’s a statement of the literal and figurative games we have all had to play for the last 60 years just to get a little bit of weed.”

The apps will soon be available for mobile devices and tablets.