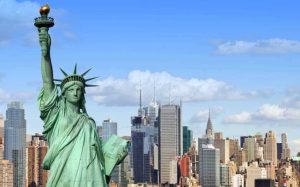 According to a recent study put out by Seedo, New York consumes over 45% more marijuana than the next biggest city, Karachi, Pakistan. And Los Angeles, the supposed marijuana hub of the world, New Yorkers smoke over 53% more weed than they do. Granted, New York has a population of roughly 20 million people versus LA’s population of 13 million, but that is a 35% difference in population. If these statistics are correct, then it lends to the stereotype that New Yorkers are always stressed out.

The study goes on to suggest that if New York legalized marijuana, taxed it and everyone that has been smoking illegal marijuana started buying legal marijuana, then the city would generate $156.4 million in tax revenue each year. Something might be off on that number because according to Colorado’s department of revenue web portal, (which by the way Colorado has a population close to 6 million people in total) the Rocky Mountain High State made $247,368,473 in 2017 from marijuana taxes, license and fee revenue. Maybe a lot of that came from tourism but it is not as if New York City does not have a tourism industry too.

Although Seedo’s technology enables smokers to get off the grid, this study considers one of the biggest byproducts of legalising cannabis—the potential tax revenue for the local government body.

For this reason, Seedo decided not only to research the cost of cannabis around the world, but also to calculate how much potential tax a city could generate if they were to legalise marijuana.

The study began first by selecting 120 cities across the world, including locations where cannabis is currently legal, illegal and partially legal, and where marijuana consumption data is available.

To calculate how much potential tax a city could make by legalising weed, Seedo investigated how much tax is paid on the most popular brand of cigarettes, as this offers the closest comparison.

They then looked at what percentage marijuana is currently taxed in cities where it’s already legalised in the US.

Seedo makes a home grow system for people that are interested in growing their own marijuana, which a number of states allow. Check out this chart that Seedo came up with showing average prices of a gram of cannabis around the world. What is wrong with Washington D.C.? 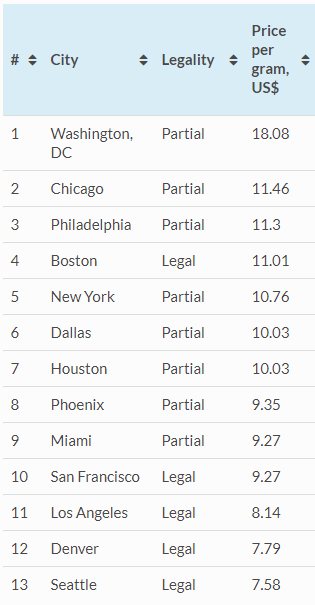