The raw food diet has been proven to be a nutrient-dense option compared to cooked foods. This is because the intense heating damages nutrients and lowers a food’s nutritional value.

Eating a raw food diet or working in ways to consume more raw foods is a great way to increase your vitamins and nutrients each day and maintain a healthy weight. In fact, it’s even easier than prepared foods that require lengthy prep and cooking times.

One thing the raw food craze has overlooked, though, is the nutritional value of cannabis in addition to its incredibly long list of health benefits. Juicing with hemp is as easy as juicing with kale and arguably the superest of superfoods. 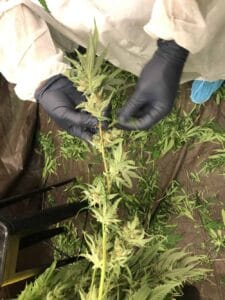 What Does the Science Say?

Despite scientific evidence that the compounds found in cannabis can cure and treat everything from epilepsy to cancers and PTSD, our government has decided that it is more dangerous than heroin and has scheduled it as one of the most dangerous substances with no medicinal value. This is why people have not been able to access this superfood the way they should since the early 1900s.

According to Healthline, cannabinoids are beneficial for a myriad of ailments like providing pain relief, easing cancer-related symptoms, lowering high blood pressure and even may reduce acne, all without causing any intoxicating effects.

Even medical professionals are utilizing cannabis in treatment of their patients. A leading advocate of raw cannabis, Dr. William Courtney, MD., used raw cannabis juice to treat his wife’s Systemic Lupus Erythematosus, an autoimmune disorder that damages the connective tissues of several organs. He says this type of consumption of cannabis is not meant to acutely treat ailments but rather performs better as a longer-term habit to incorporate into your daily or weekly routine.

Although there are many ways to harness the power of cannabinoids, like vaping or taking a supplement, juicing the raw cannabis leaves themselves has been shown to provide something that the traditional dried and processed varieties of cannabis cannot.

Sorry, You Won’t Get High from Juicing Hemp

Most people think of smoking cannabis when they hear the word as the rise in dispensaries and legalization grows across the country, and for this reason, juicing with hemp and using cannabis as a superfood has gone less noticed.

Even though you can find plenty of edible pot products, there’s a big difference between consuming the gummies you get at the dispensary and a smoothie made from hemp leaves. The dispensary products like chocolates, gummies, tinctures and concentrates have all been processed and the compounds decarboxylated. That means they’ve been heated to activate the medicinal benefits.

Hemp leaves on the other hand, are not processed and instead consumed raw when juiced. This means that the nutrient dense smoothie you’re making won’t make you feel the ‘high’ associated with THC-rich products from the dispensaries.

“From smoking and vaping to edibles and tinctures. Well, here’s another one to add to the list — juicing” says XYZ from OWPC.

Raw cannabis is making its way into our kitchens, restaurants and juice bars as a healthful ingredient, and it’s not surprising why.

The plant in its purest, unadulterated form is chock full of the phytonutrients found in many other dark leafy greens, but with an added bonus of raw cannabinoids. Cannabinoids introduce an additional powerful punch of health benefits to your already nutrient-dense juice.” 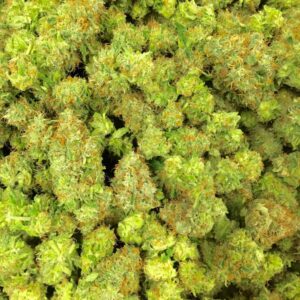 Where Can I Buy Raw Hemp Leaves?

The only thing stopping people from enjoying the full health benefits of the hemp plant is our politicians. They would prefer to cater to the Big Pharma lobbyists and keep cannabis inaccessible to the public.

This is why it is so important to call your representatives and demand they support the legalization of cannabis at both state and federal levels.