Human rights in the hemp industry will determine the future of the commodity and the communities in which it grows.

It is uncommon to hear of any company vying for the human rights of the communities in which they do business. It’s even more uncommon for those global giants to partner with indigenous tribes and make Fair Trade agreements part of their business plans.

One World Pharma has been making huge leaps towards a more just and inclusive way of farming hemp as a commodity. They’ve helped the Misak people in Colombia strengthen their economy and have invested in their livelihoods. Teaming up with FEDECORE was a power move that will make other producers think twice about how and where they grow. 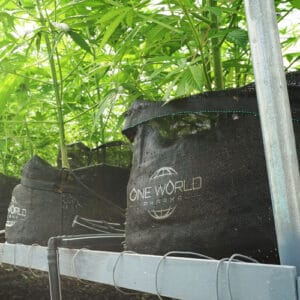 Some small but mighty human rights groups have made it their mission to become a part of the budding marijuana industry around the world. Ensuring that fair practices are being implemented from the first seed planted to the last crop harvested is making an impact globally.

“FEDECORE is the Colombian Federation of Regional Advisors. Their main objective is to defend human rights by the promotion of inclusive programming, policies and projects within the Colombian community. One World Pharma is a cannabis and hemp ingredient producer that is fully licensed and operates in Colombia.

FEDECORE and One World Pharma have teamed up together in order to join efforts distributing seed-to-sale assistance to qualified communities in Colombia.  FEDECORE has strived for many years to invest in the betterment of the Colombian people by implementing social project developments that address post-conflict and works towards the advancement of struggling and underdeveloped communities. FEDECORE can help Colombia become an industrial hemp powerhouse. Colcannapy is a Colombian company that holds a valid seed license and has 24 registered cultivars,” the One World Pharma website explains.

This means that Colombia is prime real estate for hemp farming. In addition to its rich soils and perfect growing conditions, the partnerships with the indigenous tribes and the strengthening of the community create stable and reliable infrastructure to maintain grows that can sustain global demand.

“The paramilitaries, guerillas and narco-traffickers have implemented violence on portions of the region to a detrimental extent, leaving many people abandoning their villages and homes becoming Internally Displaced People (IDP). Though, much of the violence has died down since the Colombian government made a peace deal with the Marxist revolutionary guerilla group named ‘The Revolutionary Armed Forces of Colombia’ back in 2016.

While most blame these resistance groups for the devastation to these communities, it is important to acknowledge what perpetuates these conflicts in tandem with the war on drugs. Massive construction projects also displace people from their homes as well as threaten the environment, enable food insecurity and strip the earth’s ability to nurture agricultural biodiverse environments; one of Colombia’s biggest attributes,” according to One World Pharma.

Legalizing the growing, producing, harvesting and seed to sale of marijuana virtually eliminates the black market and the potential for violence and oppression. The only reason there is violence and crime surrounding the harmless plant is due to prohibition. If there wasn’t a global government conspiracy to keep citizens from one of nature’s most beneficial botanicals we wouldn’t be in this predicament. 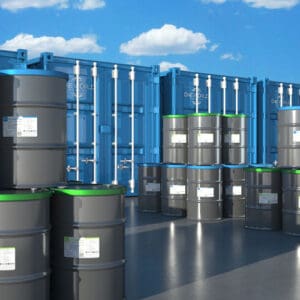 End Prohibition for a Just Future

What is most evident about the future of the cannabis market is that full legalization and regulation of the companies that supply it need to be implemented. From rescheduling it on the FDA’s list of controlled substances to reflect its medicinal qualities to decriminalizing and legalizing the possession of any amount of the plant or substances created with it — it must be done. We cannot make progress while being bound by archaic laws and willful misrepresentation of evidence by our representatives.

The world has suffered for nearly 100 years under the boot of marijuana prohibition. Who knows how many lives have been lost to the War on Drugs or due to lack of access to effective medicine? While that question remains unanswered, we can attest that no one has died from consuming cannabis and with help from FEDECORE, companies like OWP and changing legislation, we can stop more people from being harmed.