The much anticipated April 20th marijuana celebration is a couple of months away again. 4/20 has blossomed into celebrations all over the U.S., Canada, London and even New Zealand. Participants typically smoke lots of marijuana to celebrate, and a new study out of Canada suggests that fatal car crashes increase on April 20th due to people driving high.

Not to put a damper on festivities, but if in fact it turns out to be true that fatal car crashes increase on 4/20, it does not bode well for Weed Day. Authorities have been proactively searching for a means to properly test drivers that may be under the psychoactive effects of cannabis, especially now that it is legal in more than half the country. Some marijuana enthusiasts argue that drugged driving tests are unnecessary because marijuana does not impair people like alcohol does. However, if it is true that an increased amount of fatal car crashes are occurring on April 20th, each year, authorities will be obligated to crackdown hard on celebrations. 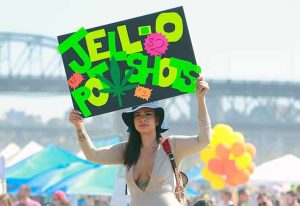 In a research letter published Monday in the journal JAMA Internal Medicine, Canadian researchers looked at 25 years of data on fatal crashes in the U.S. They also compared the number of drivers involved in fatal crashes from 4:20 p.m. to midnight on April 20, and compared it to the same time frame one week earlier and a week later. The authors found that the risk of a fatal crash was 12% higher on April 20. Among drivers under age 21, the risk was 38% higher.

“The simplest interpretation of our findings is that more drivers are impaired by cannabis on 4/20 and these drivers contribute to fatal crashes,” study author Dr. John Staples, a clinical assistant professor of medicine and scientist at the University of British Columbia’s Centre for Health Evaluation and Outcome Sciences, told TIME. “But the underlying explanation may be more complicated.”

Staples said there are other factors that could increase the risk of dangerous car accidents. For example, people might be drinking or doing other drugs in addition to marijuana. Still, the researchers note that their findings equal 142 additional deaths over the 25-year study timeline. 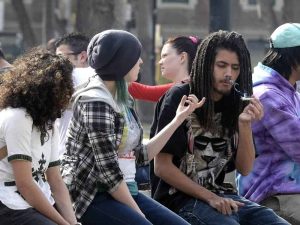 For anyone interested to know the real origin of 420, it was first celebrated in 1971 by some California teenagers that created the 420 code to let their friends know that they were going to light up at 4:20 PM after school by a statue of Louis Pasteur, the guy that came up with the pasteurization process.