Recently retired NFL Player Martellus Bennett joined the Simms and Lefkoe Podcast earlier this week to discuss his life after football, his opinions on the game, and his thoughts on active players smoking marijuana. Bennett played in the NFL for 10 years for the Giants, Bears, Packers, Cowboys, and New England Patriots. Bennett ended his career as a Super Bowl Champion with the New England Patriots in 2017. During the course of the interview Chris Simms the host and former NFL quarterback stated he enjoyed staying home on Friday nights in college to “watch Shrek and smoke a blunt” which lead Bennett to state that part of the beauty of being retired is not having to deal with NFL drug tests, which Simms fully supported. Later at 1:06:58 during the interview the show’s cohost Lefkoe asked Bennett what percentage of players in the league smoked weed. Bennett thought about the question and answered 89%, while Simms was a little more conservative and chimed in with 80% as a guess.

Both Simms and Bennett took the opportunity to differentiate between the way players actually use cannabis and the perception the fans and weed critics have of them. Both players noted that cannabis is used as a pain management tool especially when the alternatives are addictive narcotics that damage the kidneys and liver.

While both Chris Simms and Martellus Bennett are NFL veterans, they are two men from very distinct backgrounds.  Chris Simms is the son of NFL Hall of Fame Quarterback Phil Simms and was primarily a backup quarterback during his time in the league.  Simms as a player was not outspoken, and said very little to disrupt the narrative of any topic in or outside of the world of the NFL, while he was a player. Bennett on the other hand is well known for being outspoken over the his decade spent in the league as a tight end.  Both Martellus and his brother Michael have taken controversial stances on social justice issues, how players handle contract negotiations and even how they interact with their teammates. While the headlines on many news sites today are about what Bennett had to say and people’s reaction to it, the real story is that Chris Simms smoked weed in college and seems to partake in the ganja now that he’s a retired player with a podcast.  Why is that the story you may ask, because it pokes a giant hole in the narrative and perception of who is smoking weed in the NFL and why they’re doing it.  The narrative pushed by the media and sports pundits is that players who smoke weed are knuckle headed trouble makers and usually slide some racial remarks in and make it about black players in the league.  The fact that Simms is white and would not be considered a knuckle head trouble maker seems to contradict the narrative.  The race aspect matters because both Simms and Bennett put their guestimates in the 80’s in terms of percentages of players who use some form of cannabis.  Considering 68% of the league is black, 28% white, and the reaming 4% as “other”, the idea that its just the troubled black players smoking pot is a weak talking point.

Stephen A. Smith, host of First Take on ESPN caught wind of Bennett’s statement and gives us a prime example of a media pundit using weak talking points to disparage NFL players that smoke weed. He even goes further referencing Jewish people and stating why it’s not okay for black people to talk about certain things at certain times because of the possible “collateral damage” it may cause.  He doesn’t explain the collateral damage other than saying Bennett’s statements may somehow lead to players being fined or stigmatized. The idea that the league could fine someone using Bennett’s statements are laughable and ridiculous because the league can’t just fine 89% of the players in the league because Martellus Bennett made a statement.  The stigmatization of the players is also ridiculous because most people already have their minds made up about NFL players whether they smoke weed or not and there is no way to accurately quantify stigmatization.

Stephen A. Smith’s is known for his anti-weed stance in sports and especially in the NFL, and this rant is an example of the type of arguments he makes on why weed is bad.  His main point is that weed is bad because it makes players look bad in the court of public opinion and it’s illegal.  Smith has no real response to the medicinal references his co-hosts makes, and he doesn’t even acknowledge the actual conversation or context in which Bennett spoke about marijuana in this interview.  Remember from earlier, Chris Simm’s brought up marijuana first referencing watching Shrek and smoking a blunt. Also remember the co-host of the podcast asked Bennett for his opinion on the percentage of players that use marijuana in the league.  Bennett was asked a specific question and he gave his honest opinion.  If Stephen A. Smith actually cared about the players in the league, specifically the black players (because he consistently reduces his weed argument down to race) he would be championing the legalization of weed.  He would be pushing for the continued and wanting additional research into the possible uses of marijuana and whether or not it can help manage pain and other medical conditions.  If he really was all about the players he would want a world where these men could take care of their bodies using the safest substances possible while not having to risk arrest or losing their livelihood.  If he were truly worried about his brothers he would want them to enjoy themselves in the privacy of their own home without having to worry about losing their roster spot or facing a suspension.

I stated earlier that Martellus Bennett is outspoken and is willing to speak his mind.  In classic Bennett brother fashion, Martellus had a response for Mr. Smith.

Fuck you @stephenasmith all you do is hate on everybody 100% of the time.

Probably not exactly how I would advise anyone to respond to a co-worker or a spouse, but since Bennett and Smith are not co-workers and definitely not spouses, I believe his response was 100% appropriate. 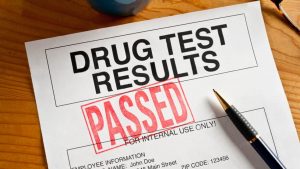