Check out the below review for the Mt. Hood Magic Durban strain. Covered in white like the snow-capped mountain it’s named after, it’s a sativa-dominant hybrid that provides and energetic and focused high. Have you tried this type of Durban before? Let us know about is in the comments.

On a flight to Portland, Ore., not long ago, I noticed an enormous volcano out to the left of the plane during our descent. When I turned to look out the right side of the plane, I saw an even larger volcano. My guess that the left mountain was Mount Hood and that the right was Mount Rainier was confirmed by a gentleman across the aisle. The feeling of being on an airplane that seemed to be suspended between two massive volcanoes was breathtaking.

In town for a cannabis trade show, I spent a few days catching up and networking with friends from the Pacific Northwest. I met up with my high school buddy, Evan, on my second day there. We decided to hit one of Portland’s popular breweries, Deschutes.

Despite the fact that I had visited two different recreational shops the previous day, I decided to look for one more in the city center. A quick Google search revealed a store about a 10-minute walk away. So we finished our beers and headed to Oregon’s Finest in the city’s Pearl District.

The budtenders were behind a counter in the center of the room, with all the product on shelves around the perimeter. I perused the flower — there were around 30 strains from several different farms. When I inquired whether the store grew any of its own flower, I was told that Ideal Farms was affiliated with the store through the owners (a little follow-up research informed me that Oregon’s Finest is co-owned by two farms — Ideal Farms and So Fresh.)

I noticed several of the strains I had purchased at The Kings of Canna the day before, but a local cross of Durban caught my eye. I eventually settled on a gram of Mt. Hood Durban Poison.

By the time I was ready to leave Portland on Monday, I had visited three different stores and bought six different strains. My initial thought was to save the best for last (or at least my favorite, Durban.) Naturally, on the day I left, the only remaining flower was the local Durban cross.

According to the label on the brown rice-colored paper packaging, Mt. Hood Magic Durban is a sativa-dominant cross between Northern Lights #5 x Durban Poison. The shout-out to nearby Mt. Hood and the fact that I can’t remember ever seeing a NL#5 x Durban under a different name led me to believe that the strain was bred locally, though I couldn’t identify the actual breeder.

I tore the seal on the package and poured its contents onto the desk. I noticed the gram was almost entirely one big nug. It was long and pointy, unlike the dense, round Durban I was used to smoking. It didn’t smell like a Durban either. While Durban tends to carry the scent of pine cleaner, the Mt. Hood Durban smelled a lot sweeter, almost like a haze.

When I pinched it softly, it decompressed slowly back to its original size. It left a sticky resin on my fingers as I crumbled it up with my fingers and rolled a thin joint to smoke before we hopped in a cab for the airport. Once I was done, we did one last sweep of the room and finished packing.

I lit up the pinner. It took a couple lights to get going, probably because the weed-to-paper ratio was so low. The first flavor that hit my tongue was sweet smoke that turned piney toward the end. After I exhaled, I felt a distinct tingle on the tip of my tongue. The tingling sensation slowly crawled a few centimeters up my tongue. Eli and I wanted to get to the airport, so we power-smoked the joint, barely pausing to breathe air.

It was a little chilly out, so we waited inside a bar next to the hotel while we waited for our car to arrive. We sat at the bar and debriefed from a long and eventful weekend. My mind felt sharp and my thoughts concise as we chatted. I was so focused on the conversation, I barely noticed the funny glances we were getting from the patrons around us.

Once we got to the airport, I dropped my bag off at the counter and headed toward security. It wasn’t until we got to the security line that I noticed my increased heart rate. Despite the cerebral high, I didn’t feel paranoid at all (unlike my experience flying out of Sea-Tac earlier this year.)

Both Mounts Hood and Rainier are stratovolcanoes, with varying degrees of volcanic activity, and are around 50 miles from major metropolitan areas.

After I saw the Mt. Hood Magic Durban, I realized that each mountain has a “vice” named after it — Mt. Hood has its Durban; and Rainier is a popular lager in the PNW.

I don’t usually play favorites when it comes to mountains, but in this case, I definitely prefer Mt. Hood. 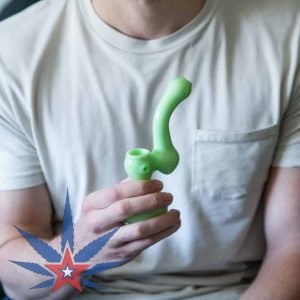 Why You Should Own a Bubbler 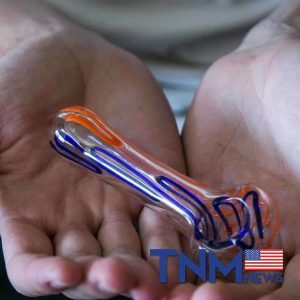 A Simple Guide to Find Your Perfect Weed Pipe 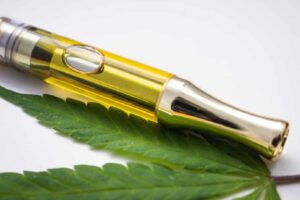 How to Save Your Broken Vape Cartridge.