As the cannabis industry continues to make its way into the mainstream, it is critical that we take a look at the people and communities negatively affected by past legislation and stigma.

“With the rise in States which have and are rapidly legalizing cannabis in one form or another, social justice advocates are fighting for equality in the budding marijuana industry. By writing legislation that includes reversing the damage done by the War on Drugs, some lawmakers are clearing the way for minority communities who have been disproportionately jailed for marijuana offenses to become growers and dispensary operators and expunging their criminal records.” 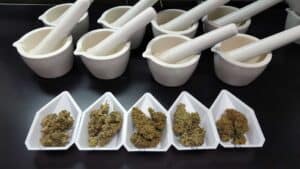 As you walk through many downtown areas in various cities, you’re likely to see a dispensary or two. At first glance, this sight seems like major progress in moving the needle in creating a more cannabis-friendly society. But many pot-shops tend to be in hip, gentrified areas, and are usually white-owned.

How progressive can this movement really be if middle and upper-class white folks get to capitalize off of a hugely profitable and growing industry while we still have an estimated 40,000 inmates serving time for petty marijuana charges? What is the true message that sends? It tells us that cannabis is healthy, trendy and profitable — as long as you’re a middle-class, white American.

It’s not a matter of opinion when it comes to how many people’s lives are negatively impacted by archaic marijuana laws and that minority communities have taken the brunt of it.

“The numbers don’t lie when it comes to how many people’s lives are negatively impacted by archaic marijuana laws and that minority communities have taken the brunt of it. For example, the ACLU reports on their website that in 2016, less than five percent of all Chicago marijuana arrests were white people, while an outrageous 78 percent of all marijuana arrests were of Black people despite making up only 36% of Chicago’s population.

Shockingly, that’s an improvement from the city’s 91 arrests per day happening in 2010, just two years before the City Council of Chicago decriminalized weed. And of those arrests? Most were for less than 10 grams. Combine these minor offenses with many state’s Three Strikes rule, and you can find some inmates sitting in jail for the rest of their lives for merely having a couple joints in their pocket.” 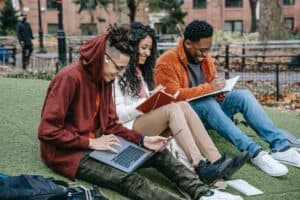 What role does the cannabis industry play in social equity?

In 2020, we saw a racial-solidarity movement reignited by the police killing of George Floyd. People of all walks of life joined together to say enough is enough when it comes to the oppression, exploitation and murder of Black people in our communities.

This unification of average citizens is the first step in a multi-faceted struggle to abolish the systems that oppress Black people in the United States. If we are to be successful in this fight as a society, government bodies and corporations must follow suit.

Specifically when it comes to cannabis, a substance that has been stigmatized and used as a petty excuse for arrests and incarceration, it is imperative that the industry becomes a leader in advocating for Black people and communities.

Every major movement starts small. Your everyday routines and buying habits either fight for or against the individuals affected by the history of, and current changes in the cannabis industry. So what can you do?

Stay in the loop with your local city and state cannabis legislation. Attend events and demonstrations, sign petitions and look into local programs that support the unjust incarceration of your Black neighbors.

Find and buy from Black-owned businesses, hemp subscription box programs, and the cannabis companies championing for social justice. Stay informed through websites dedicated to cannabis inclusivity, like Cannaclusive and CREC. Most of all, share your knowledge and help educate people of the importance of social equity in the marijuana movement.