When a United States company wants to go public, they would typically take action to be listed on the NYSE. Since the 1870’s, companies have taken massive pride in ringing the opening bell in New York once they are ready for the mayhem of buying and selling to begin. Not companies in the cannabis industry though. Instead they look to go public up in Canada. MedMen is one such U.S. based marijuana dispensary that is planning on being listed on the Canadian Stock Exchange sometime in the second quarter of this year. 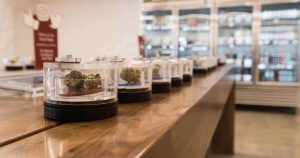 The Schedule 1 status of marijuana means that marijuana is illegal nationally and the NYSE is not about to list an illegal business like a cannabis company. However, these state legal marijuana businesses operate like normal businesses following state regulations. Some even go above and beyond in following regulations that have not even been implemented yet, knowing full well that if marijuana was ever descheduled those rules would immediately be enforced by federal regulators. Some U.S. based marijuana companies, like MedMen, use very sound financial principals to manage the company.

MedMen has attracted significant mainstream investors such as Ruth Epstein, a former investment banker for Goldman Sachs, and Chris Leavy, the former CIO for Blackrock. MedMen has setup two funds with approximately $150 million in them combined. Financial backing and sound business practices such as these are exactly what investors are looking for. Adam Bierman, the CEO and co-founder of MedMen, announced last week that their financial stability is allowing them to self fund a reverse takeover to facilitate their listing on the CSE. A reverse takeover allows them to save a lot of money in fees and time instead of going the more common route of an initial public offering. 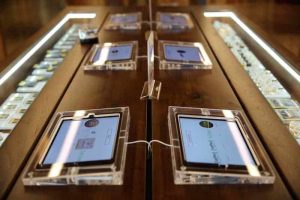 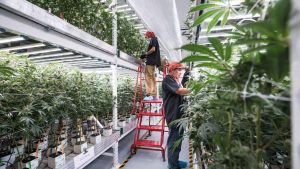 The CSE is more accommodating to U.S. based companies than the Toronto Stock Exchange which does not list a single U.S. company. The CSE currently lists 60 different cannabis companies, a lot of them U.S. based. If investors are interested in the California marijuana industry, then MedMen may be creating a unique opportunity. MedMen operates dispensaries and production facilities in three different states and has 700 employees.

MedMen will be one of the best examples of a missed opportunity by the United States. California’s marijuana industry is estimated to be worth more than $5 billion in 2018 and MedMen is likely to represent a decent portion of marijuana derived revenue. The Untied States’ economy thrives off of new business opportunities but stigmas surrounding marijuana prevents national lawmakers from embracing cannabis. The current attorney general, Jeff Sessions, seems to have a particular bias against cannabis and has even recently threatened state legalized marijuana dispensaries.