Hemp biomass is the key to the future of renewable energy.

As more research emerges that we are rapidly approaching a point of no return with the level of environmental destruction people are causing the planet, some might say it is better late than never to seriously start considering what we need to do to reverse some of that damage.

Hemp is in Our History

If only we had followed in the footsteps of our ancient cultures who were using hemp as a commodity since well before we started using calendars to keep track of time. Prior to the prohibition of pot, the plant itself was used the world over to make everything from paper to clothing, to medicines and to just chill out by the fire and review the events of the day spent laboring in a field.

Our ancestors knew the value of a good pot plant. There were even times in American history where farmers were required to grow marijuana. Henry Ford made cars that would run on hemp fuel and our forefathers believed it was our patriotic duty to grow our own. 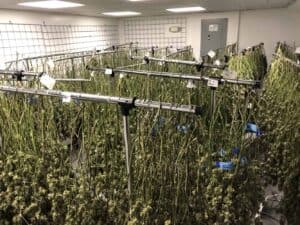 Not Just for Smoking

Due in part to the lies surrounding cannabis criminalization, many people associate pot with getting “high” when in reality that’s probably the very last (albeit awesome) potential benefit of marijuana plants that make it so worthwhile to grow.

“According to Kush.com when biomass is burned they say “The energy that is naturally stored in hemp plants is released. This is particularly useful for farmers and other small to midsize enterprises in need of renewable energy. . . However, hemp biomass does not need to be burned to create energy. In fact, a more modern method involves converting hemp biomass into liquid biofuel.”

What else can this plant of benediction produce? CBD biomass (which comes from a more cannabinoid-rich hemp plant) is used most commonly to extract CBD extracts through a process using solvents and methodology that results in a product called “winterized” CBD oil. This oil usually consists of a 30%-70% potency, depending on the plant and the process of manufacturing the oil,” One World Pharma reports on its website. 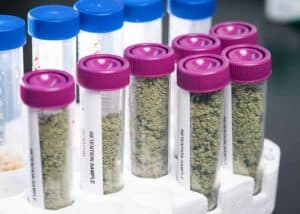 The ultra high heat indexes in the west. The rapidly increasing amount of hurricanes and flooding. The desert-like conditions that inflict deadly droughts in many areas. The rapid decline of existing species on the earth, of which we may be soon to join. Why NOT hemp biomass?

The only reason we have not made the leap to renewable energy is because of the greed of politicians and corporations. It is the only reason you and your family, your futures, are being thrown away — so that others, the elite rich fraction of humanity- can get richer watching the earth and its inhabitants die.

As OWP explains, “a global market that has the potential in bettering the future of humanity, our animal life, environment and the climate all in one. By devoting a healing commitment through natural remedies made by hemp products for the self, we are bettering humanity, by bettering ourselves. Renewable energy through plant biomass can seriously reduce our carbon footprint and contributions to greenhouse gases that are warming the climate. By taking care of our climate through renewable energy, we are investing in the future for all life on earth as a whole.

So what is hemp biomass? Sure, it is the leftovers of a hemp plant in a tangible sense — but hemp biomass is so much more. It is the way to a brighter, healthier and more conscious future.”