We are currently facing some of the most devastating crises the world has ever seen. Whether it’s the destruction of our environment or the fragile and disproportionate economy, how we are operating as a species on our planet is downright not working.

The old ways of industrialization have led us down a path of destruction, and something must be done. If we continue to pollute our oceans, lobby for industries who only benefit the rich and incarcerate massive portions of our populations, what kind of world will we have left?

Fortunately, there’s a little plant that may be able to help us save the day: hemp.

“Civilizations have been using hemp as a commodity for as far back as the earliest known man, from Egypt to India and here in North America. From that small piece of hemp fiber that archeologists found, to the sails that brought ships to North America containing hemp seeds from India that later flourished in the fertile soil.

For centuries and up until the early 1900s, the hemp market was booming with high demand for the raw material to make into other goods. Our first presidents, including George Washington, were known to grow hemp on their own personal farms. It was later law of the land that all farmers had to grow hemp, or face consequences. The first American flag was made of hemp fiber, and the Declaration of Independence and Constitution were written on hemp paper.” 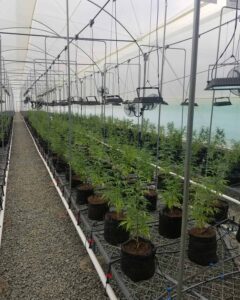 How Can Hemp Help Us?

The various parts of both cannabis and hemp open a door of nearly endless possibilities.

Hemp fibers can be used to make clothing, plastic and even fuel. The chemical properties of both hemp and cannabis could easily replace the slew of over-the-counter and prescription drugs in our medicine cabinets — from using weed after surgery to improving headaches.

Hemp can also be used for construction material. Every paper product made from trees could be made with hemp instead. Should I go on?

Not only can we replace multiple harmful industries with this one single commodity, but it’s actually better for our environment too. Hemp grows in almost every climate and soil type. It’s extremely low-maintenance to grow and is naturally pest-resistant. 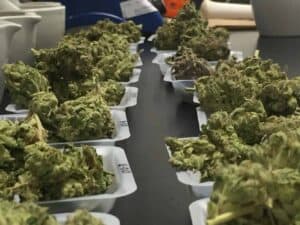 So, What Are We Waiting For?

Unfortunately, the people in charge of legislating hemp and cannabis don’t know what the hell they’re talking about. They think legalizing hemp means legalizing cannabis (and managing all the drug test issues that come with it), which is fundamentally untrue.

Hemp is a non-psychoactive plant used for making clothing, homeopathic remedies, CBD production and more, though it contains less than .3% of the psychoactive compound THC. Marijuana has all those same attributes, but the THC levels are typically between 8 to 35% and what many people seek for medical and recreational purposes.”

Other countries, like Canada, France, Germany and over 20 more, have successfully cultivated hemp without affecting the enforcement of cannabis laws.

We’re getting there, I suppose. The 2008 Farm Bill removed hemp from the controlled substance list. However, it’s going to take time for it to truly make its way into the mainstream and start replacing the existing harmful industries we all rely on.

Without proper legislation and regulation of hemp and cannabis, their commodification won’t be able to fully flourish. Plus, companies need secure banking and no threat of shipping disruptions or federal raids.

And of course, there needs to be financial backing. But, that could actually be our one saving grace. If there’s anything we know about politicians and CEOs, the ones who are ultimately in charge of what the future of hemp looks like, they love making money.