The current state of the VA Healthcare System might be at its lowest point ever. Military veterans represent a large portion of the over 40,000 deaths that come from prescription drug overdoses each year. That is not even taking into account the incredibly unfortunate suicides that have resulted from anti-psychotic drugs and another major deficiency of the Department of Veterans Affairs, it cannot think for itself.

So, two major events occurred. The first was that almost 2 decades ago pharmaceutical companies, like Purdue Pharma (the maker of OxyCotin), gave large amounts of money to the VA pain management division where reports were generated saying that opioid prescription drugs were not very addictive and led to the VA over prescribing the hard drugs. The second thing that happened was that in 2012 the federal government forced the the VA to significantly slow the amount of opioid prescriptions it was giving out to try and cutback on the fatal overdoses.

If a medical doctor is supposed to make a judgment call on what is in the best interest of their patients, VA doctors are unable to actually accomplish this obligation since their decisions are being made for them by either the money from interest groups or a federal government that removes their ability to decide. If an alternative like medical marijuana could help a particular veteran contending with PTSD or chronic pain, a VA doctor is not talking to them about it. Many veterans today are left with nothing to help them manage their chronic pain because their doctor cannot prescribe enough opioids or even discuss cannabis treatment.

Today, the number of patients affected by the VA’s swinging opiate pendulum is staggering: 60 percent of veterans who fought in the Middle East and 50 percent of older veterans have chronic pain. Since 2012, though, there has been a 56 percent drop to a mere 53,000 chronic pain VA patients receiving opioids—leading to swift, mandated cutoffs regardless of patient well-being and with virtually no evidence that it’s a safe approach. For a taste of the kind of indifferent care vets with chronic pain are getting, consider Marine veteran Robert Rose. He is now mostly confined to a wheelchair, suffering from severe spine, neck and knee injuries from his military service—but until he was cut off from opioid pain medications last year (despite not abusing them), he didn’t need a wheelchair and was able to play with his grandkids and build finely crafted woodworks. The primary care doctor at the Mountain Home, Tennessee, VA Medical Center told a hobbled, diabetic Rose and his wife during an office visit in May, “You should continue smoking, as it will help you with the stress and frustrations you are dealing with now. And you should continue to drink Mountain Dew, as the sugar molecules will attach to the pain receptors and block the pain you are experiencing without pain medications.”

The American Medical Association recently published an article about how opioids and Tylenol are just not very good chronic pain management tools. The VA is a mess because it is supposed to be helping our military veterans who may have some of the most disciplined and tough minds in the entire country, but have also seen, experienced and now live with significant amounts of trauma. It is ultimately a delicate job that is not being handled delicately. 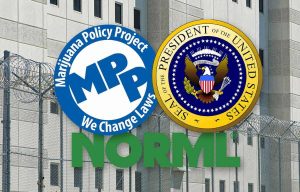 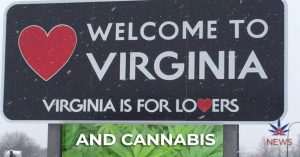