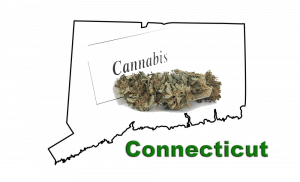 Hartford, CT — The nation’s largest marijuana policy organization, the Marijuana Policy Project, announced Wednesday it has hired attorney DeVaughn Ward to serve as senior legislative counsel. Ward will play an integral role in legalizing marijuana in Connecticut, where he is a longtime resident.

As Connecticut’s legislative session convenes today, Ward is prepared to work closely with state legislators, the Connecticut Coalition to Regulate Marijuana, and allies to push for an end to prohibition in 2020. Ward also will serve as the co-director of the coalition, along with Adam Wood.

Ward has been a champion of civil rights throughout his career. He has spent nearly the past decade gaining experience in law and public policy after receiving his J.D. in 2011 at the University of Connecticut School of Law. During his years spent practicing law at his firm based in Hartford, he routinely represented clients who had their constitutional rights violated. In 2019, Ward was recognized as one of the “New Leaders in The Law” by the Connecticut Law Tribune. Outside of his work, he serves as a board member for several non-profit organizations in the greater Hartford area.

Statement from Karen O’Keefe, director of state policies at the Marijuana Policy Project:

“I’m extremely excited to join the Marijuana Policy Project in their advocacy efforts to legalize, regulate, and tax marijuana for adult use. For 25 years, MPP has been at the forefront of the marijuana policy reform movement, and I’m humbled to join their team to push for an end to prohibition here in Connecticut.”
###