Sitting in the comfort of my own place here in Seattle, you would think it would be cool for me to spark a joint right? Well, sorta but not really. See, I rent an apartment like a lot of people here which means that I’m not allowed to smoke inside. That’s fine, I’ll just go outside and light up. Oh wait, I can’t do that either or run the risk of getting a ticket. Okay, well I can just go down to the smokers lounge. Well, I would if we had those but we don’t. Where am I supposes to smoke my legal Seattle marijuana? 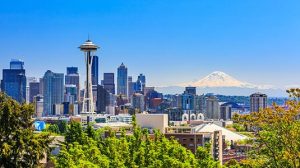 What this more or less means is that, unless I own my own home, there’s really no place for me to be able to enjoy getting high legally. The mass majority of the population don’t really seem to care and even most cops would be hard pressed to write a ticket for weed unless you were doing something stupid like taking bong hits on a playground around kids. The segment that it does impact is the Tourists. 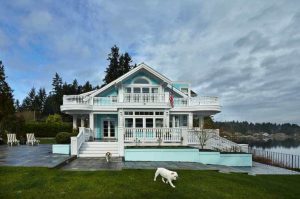 As someone who lives in the literal shadow of the space needle, I can tell you that while Amazon might call the shots, this town is heavily impacted by the cash the tourists bring in every year. With the laws the way they are, there’s no place for “Mr.Miller” to go smoke a joint in peace while he’s visiting for a week with his family from Ohio. He can’t smoke in his hotel or his rental car and is too paranoid to light up in public. 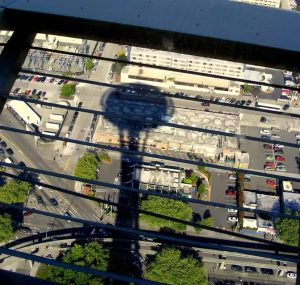 But come on, this guy is a hardworking American who’s never cheated on his taxes or his wife and he even coached his kid’s baseball team despite the fact he hates sports. This guy deserves to be able to sit back and relax and enjoy some of the finest green anywhere in the world, without the paranoia that he’s going to get busted at any time. 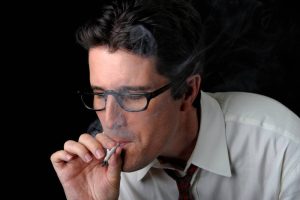 After all, it’s supposed to be legal right?

I’m not a big drinker personally but I’ve worked in Bars for almost 25 years. While I’ll save my personal opinions on Alcohol for another time, the point is that people drink. Not all establishments have to serve it and those that do have to pay extra for the permits in order to do so. If you don’t want to be around those who consume, you don’t have to enter.

Am I making sense so far?

Here’s a solution for this little dilemma: We find the best of the best. The Dispensary and Retail owners who have proven track records of running legitimate businesses and complying with state regulations. We then allow a limited number of permits for private indoor smoking clubs. 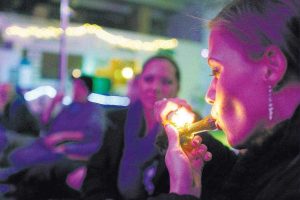 Yes, I understand that smoking is horrible and that it puts the workers at risk. I also know that the majority of those working in the Cannabis industry are daily users themselves. Ever heard of ventilation? Using worker health as an excuse is a joke in this case.

The simple fact is that Mr.Miller will gladly pay a, let’s say $90 membership fee that he only uses once or twice to be able to go to nice place with good music and comfy couches. He hasn’t smoked a joint since College and that was brick weed from down south. He wants to try the stuff that he keeps on seeing on CNN and NBC but he wants to be smart and safe about it.

This is money that the state of Washington is turning down every single day. A large scale revenue stream with the foundation already built. The market is there, the business owners are there with the finances to fund these clubs and they could be open within a month of the laws changing. Charge the same price as you do for Alcohol permits, plus a percentage of the membership fees. Make the business owners jump through flaming hoops of bureaucratic red tape, whatever.

Walk around downtown at anytime and the smell is in the air. It might not be pungent but it’s always there in the background. As long as we don’t have spaces to legally consume Cannabis, what’s the point of it being legal to begin with? 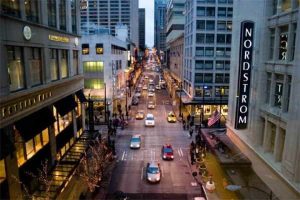