Check out our latest review for the White Widow strain! A perfectly balanced hybrid born from the South American sativa and South Indian indica strains. White Widow is the go to for many an enthusiast! Notorious for its energy and euphoric qualities, some consider it to be superb medicine for those struggling with depression and while it does act as a pick me up, there is no noticeable paranoia that often accompanies most energetic strains.

Among the most famous strains worldwide is White Widow, a balanced hybrid first bred in the Netherlands by Green House Seeds. A cross between a Brazilian sativa landrace and a resin-heavy South Indian indica,  White Widow has blessed every Dutch coffee shop menu since its birth in the 1990s. Its buds are white with crystal resin, warning you of the potent effects to come. A powerful burst of euphoria and energy breaks through immediately, stimulating both conversation and creativity. White Widow’s genetics have given rise to many other legends like White Russian, White Rhino, and Blue Widow. Still, many growers prefer cultivation of the original White Widow, which flowers in about 60 days indoors. 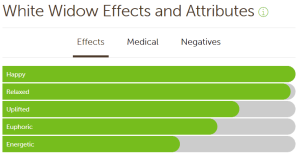 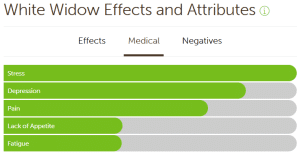 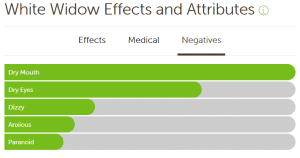 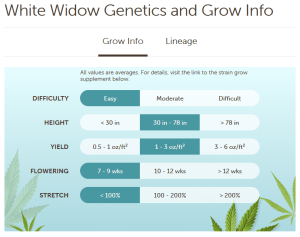 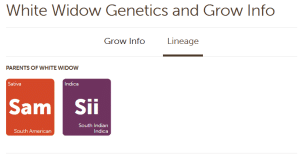 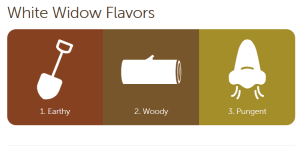 The nugs, which are typically whitish in color, have what some would call a natural piney aroma which carries over to the smoke itself. Speaking from personal experience, there’s nothing quite like sipping on an ice cold Dutch beer while enjoying a pre-roll of White Widow! Check out the below video for additional information on this awesome strain that is most definitely one of Amsterdam’s greatest gifts to the world!

“They call it White Widow because after 3 hits, you’re going to want to clean your house.”

“First time I tried this one was n Amsterdam in 1993. Way a head of the rest at that time good effects but weird taste”