The Chinese Emperor Fu Hsi (ca. 2900 BC), whom the Chinese credit with bringing civilization to China, seems to have made reference to Ma, the Chinese word for Cannabis, noting that Cannabis was very popular medicine that possessed both yin and yang.”

The origin of the Chinese pharmacological book “The Herbal” (also known by various other names) has been lost in history and is now the subject of numerous myths and legends.   The most colorful one is that sometime around 2500 BC the Red Emperor himself (via divine inspiration) wrote the Pen Ts’ao or The Herbal, still in use today by practitioners of Traditional Chinese Medicine.   Note that Shen Nung is traditionally cloth in a garment of herbal leaves. 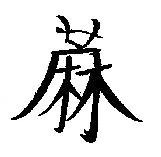 As China has been using a written script for over 4,000 years, one might think that documenting their historical use of Medical Cannabis would be an easy task.   However, from a historian’s standpoint, this has proven to be one of the most challenging of sections yet attempted.   Granted, were our purpose here simply to establish or document the Industrial uses of the Hemp Plant (as a source of food, cloth, oil, paper etc.), due to the vast amount of archeological evidence, this indeed would have been an easy task.

But what about its medical uses? Recalling that our main purpose here is not simply to repeat what other websites are saying; —But to actually present the reader with first hand documentation. Actual proof (not just here-say) that such and such actually occurred. Something that (say) a newspaper reporter would feel comfortable using as a source of information for their stories. And this is proving to be no easy task. For example, according to the “Yearbook [1913] of the United States Department of Agriculture”

“EARLY CULTIVATION IN CHINA”
“Hemp was probably the earliest plant cultivated for the production of a textile fiber. The “Lu Shi,” a Chinese work of the Sung dynasty, about 500 A.D., contains a statement that the Emperor Shen Nung, in the twenty-eighth century B.C., first taught the people of China to cultivate “ma” (hemp) for making hempen cloth. The name ma occurring in the earliest Chinese writings designated a plant of two forms, male and female, used primarily for fiber. Later the seeds of this plant were used for food. The definite statement regarding the staminate and pistillate forms eliminates other fiber plants included in later times under the Chinese name ma. The Chinese have cultivated the plant for the production of fiber and for the seeds, which were used for food and later for oil, while in some places the stalks are used for fuel, but there seems to be no record that they have used the plant for the production of the narcotic drugs bhang, charas, and ganga. The production and use of these [pharmaceutical] drugs were developed [by other nations] farther west.“ —-“Yearbook of the United States Department of Agriculture” 1913 p288   [MORE]

Alright, we trust that the reader can agree that there are some inaccuracies with the above statements (actually there are a lot of inaccuracies), but here sticking solely to the medical issues. Note the last two sentences, —-“no record that they have used the plant for the production of the narcotic drugs . . . The production and use of these drugs were developed farther west” —- Brings up an important question — Why the dis-information or at least lack of knowledge, on this very vital bit of knowledge regarding the plant. Were this to have been written during or after the Reefer Madness era, the answer would be quite obvious, but note the date — 1913.

This confusion is caused, at least in our opinion, because unlike their ancient Egyptian counterparts which produced numerous medical papyrus scrolls, each one written by a different author, with different prescriptions etc. The ancient Chinese seemed to have had at least two cultural problems which are now causing no end of problems for present-day historians:

” Which is a nice way of saying that no one ever wrote down exact dates, thus we have no exact way of knowing exactly what was written when. Thus the only way we have of dating their works is by references made to Emperors, events or other famous persons.

Next, they also seem to have had no respect for copyright protections of any kind, and seemed to have no problems simply taking some other authors work, and sandwiching it between their own writings on medical theories.

The “She King”, or “Book of Ancient Poetry” serves as a good example of this problem. Originally, it was said to have been written as far back as 2,350 BC, but with later additions, modifications, changes etc., its hard to know exactly who wrote the following poem, nor when: Thus making it very hard for us today to determine exactly who wrote what when.

The She King, itself, consists of numerous poems, about beautiful women, lovely flowers in a garden etc.   Of interest to poet’s and students of Chinese culture, but also contains numerous references to Industrial Hemp that are of interest to us.   Granted, that no one really knows exactly who wrote what, nor exactly when.   And most scholars agree that it probably has numerous authors; one after the other, each taking poems written by others and then adding too or modifying them to suit his/her own needs.   However, it still serves to document that the Hemp Plant was cultivated way-back-when. 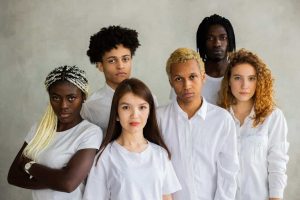 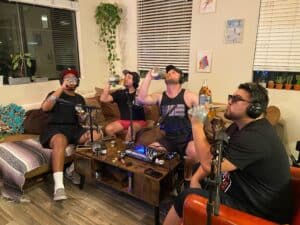 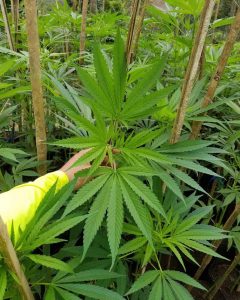 Hemp Distillate Education Should Be Prioritized